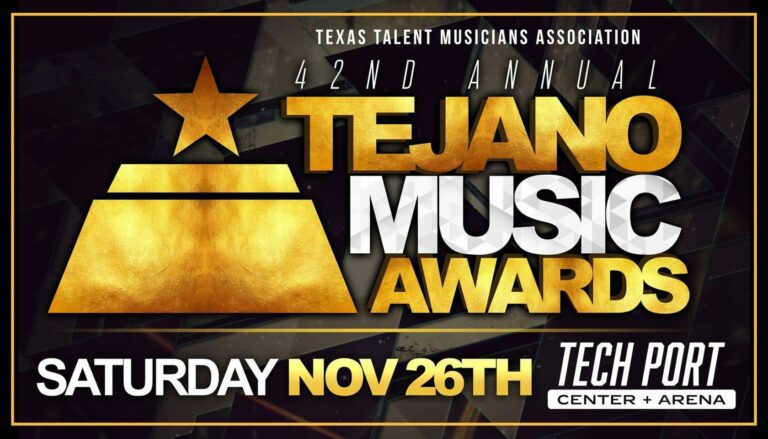 The Tejano Music Awards is the biggest night for Tejano Music and Fans, The show will be spectacular and will feature some the of biggest Tejano Artists, and a showcase featuring new and emerging artists like Annika, Maria Paula, Karla Christina, Gabriella Martinez.

We are excited to welcome back a live audience at this year’s award show, especially at the new Tech Port Center + Arena,” said Frank Salazar, TTMA Vice President. “We look forward to seeing the arena filled with Tejano music fans from across the World.