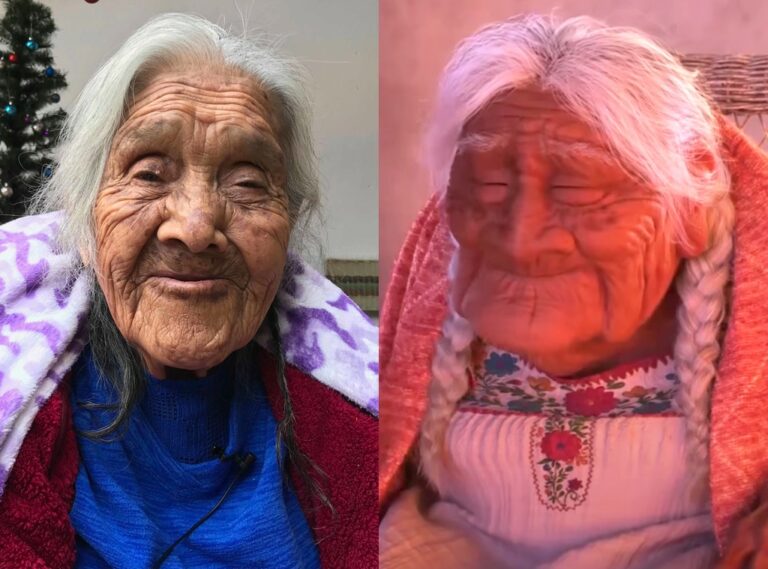 María Salud Ramírez Caballero who reportedly inspired the character of Mama Coco in Disney-Pixar’s Coco, died in Santa Fe de la Laguna, where she was also born. Roberto Monroy, the Secretary of Tourism for the Mexican state of Michoacan announced Caballero’s death on Twitter Oct. 16, however a cause of death has yet to be revealed.

“I deeply regret the death of Doña María Salud Ramírez Caballero, ‘Mamá Coco,’ a tireless woman and example of life,” Monroy wrote, “who was the inspiration for this beloved character who went around the world.”

The real life “Mama Coco” was a ceramic potter and is survived by her three children, grandkids and great-grandkids.

The film, which broke records in Mexico as the No. 1 film of all time in local currency, also won big during the 2018 Oscars, taking home best animated feature and best original song for “Remember Me” by Kristen Anderson-Lopez and Robert Lopez.