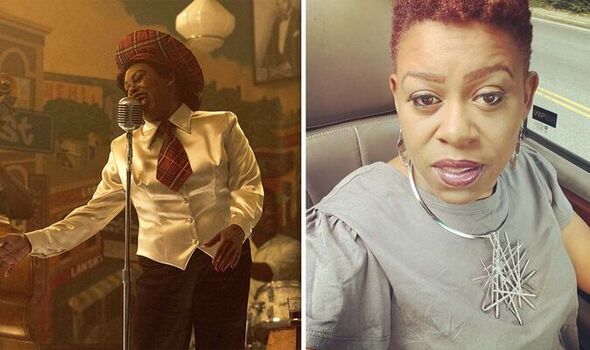 “Elvis” actress and musician Shonka Dukureh has died. She was 44.

Dukureh was found dead in her bedroom in her Nashville apartment Thursday morning around 9:27 a.m. local time by one of her two children, according to a press release from Metropolitan Nashville Police Department. Officials say the child found Dukureh unresponsive and ran to a neighbor’s apartment, where the neighbor called 911.

Police said no foul play is evident in Dukureh’s death, which is unclassified at present pending autopsy results.

Dukureh played Big Mama Thornton in the Baz Luhrmann-directed “Elvis,” appearing alongside Austin Butler, Tom Hanks and fellow musicians Yola and Gary Clark. It is her only film credit listed on IMDb.

Thornton, who recorded “Hound Dog” before Elvis Presley, is often viewed as an important figure in rock ‘n’ roll history.