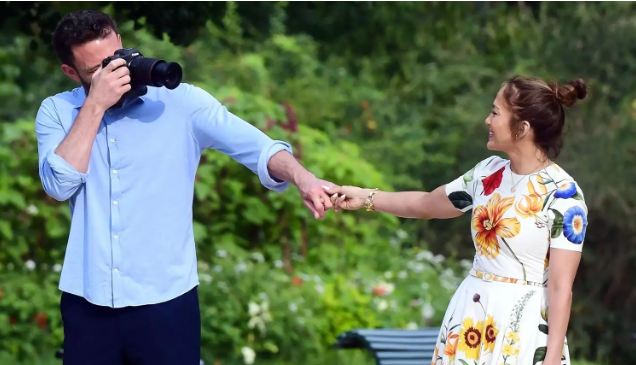 Jennifer Lopez and Ben Affleck’s Parisian outing came the morning after they touched down in the French capital and had dinner at Le Matignon.

The newlyweds were seen sharing early-morning PDA Friday in Paris around 7:30 a.m.they spent more than two hours on a park bench, cuddling and kissing.

“They were like two teens on a park bench — very loving, very attentive,” the insider says. “There weren’t a lot of people that time of the morning and they weren’t distracted. It was just them.”

Lopez, 52, and Affleck, 49, later went on a walk with their children that included time in the Marais district and Rue des Rosiers, down to the Centre Pompidou, a source tells PEOPLE. Their outing also included a stop at a vintage clothing store and a trip across the Seine to the Musée d’Orsay.