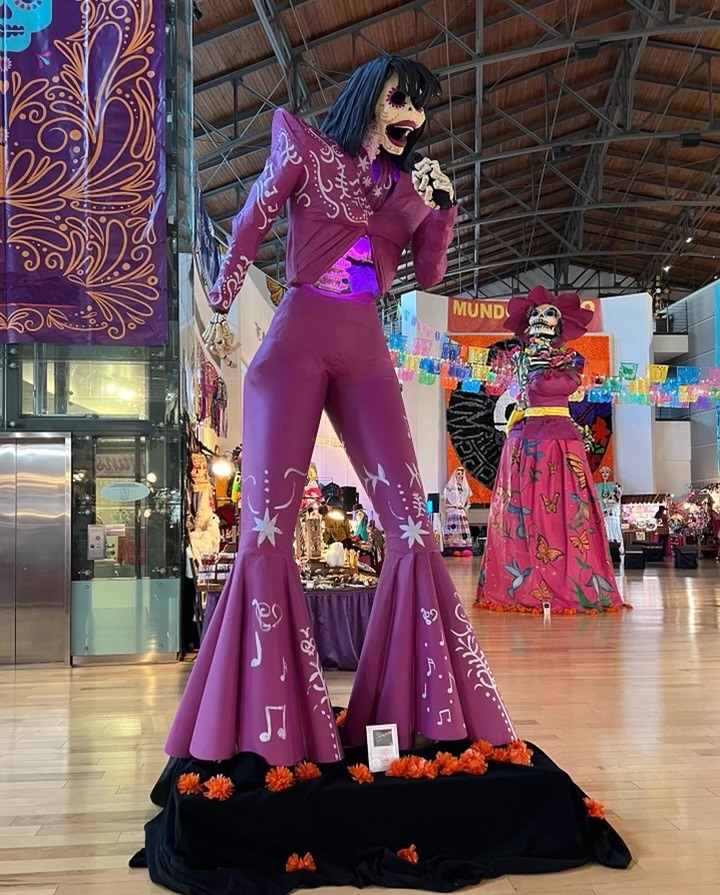 He said it was about 12 feet tall.

A Texas artist, known as the Piñata Man, has been receiving lots of love for one of his latest pieces, a massive Dia de Los Muertos-looking Selena. Alfonso Hernandez, who’s from Dallas, told MySA that he built the 12-foot tall creation for Mundo Latino at the State Fair of Texas.

Mundo Latino commissioned Hernandez for the piece for its exhibit at the state fair in Dallas this year. The event celebrated the rich history and significance of the Day of the Dead, featuring art installations and more. Hernandez has been making out-of-the-world piñatas since 2016. He’s had creations depicting everything from Pennywise the clown from IT to Jack Skellington from The Nightmare Before Christmas.

Hernandez told MySA that the Selena statue took about 10 days to make, adding how he had 10-hour days within that timeframe. She weighed about 400 pounds as well, he said. The papier-mâché on the body, legs, and head isn’t what weighed the piece down. He said it was the steel frame that was holding Selena up.