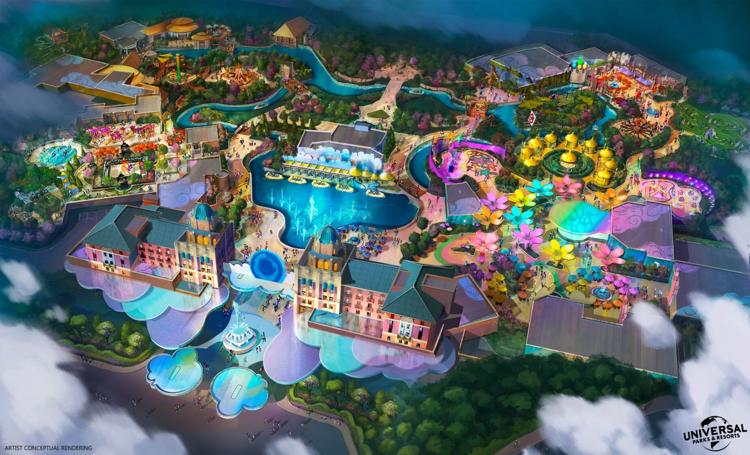 Universal Studios to open a theme park in Texas; see the rendering of family resort

The Texas park will be smaller and geared toward families with young children, officials say

Universal Parks & Resorts has bought nearly 100 acres in Frisco, which is about 30 miles north of Dallas. There was no immediate timeline for when the park would open.

The Texas attraction would be Universal’s third theme park in the U.S. and is intended to have a “completely different look, feel and scale than Universal’s existing parks,” the company said in a statement.

Universal’s other two U.S. venues are in Orlando, Florida, and Los Angeles.