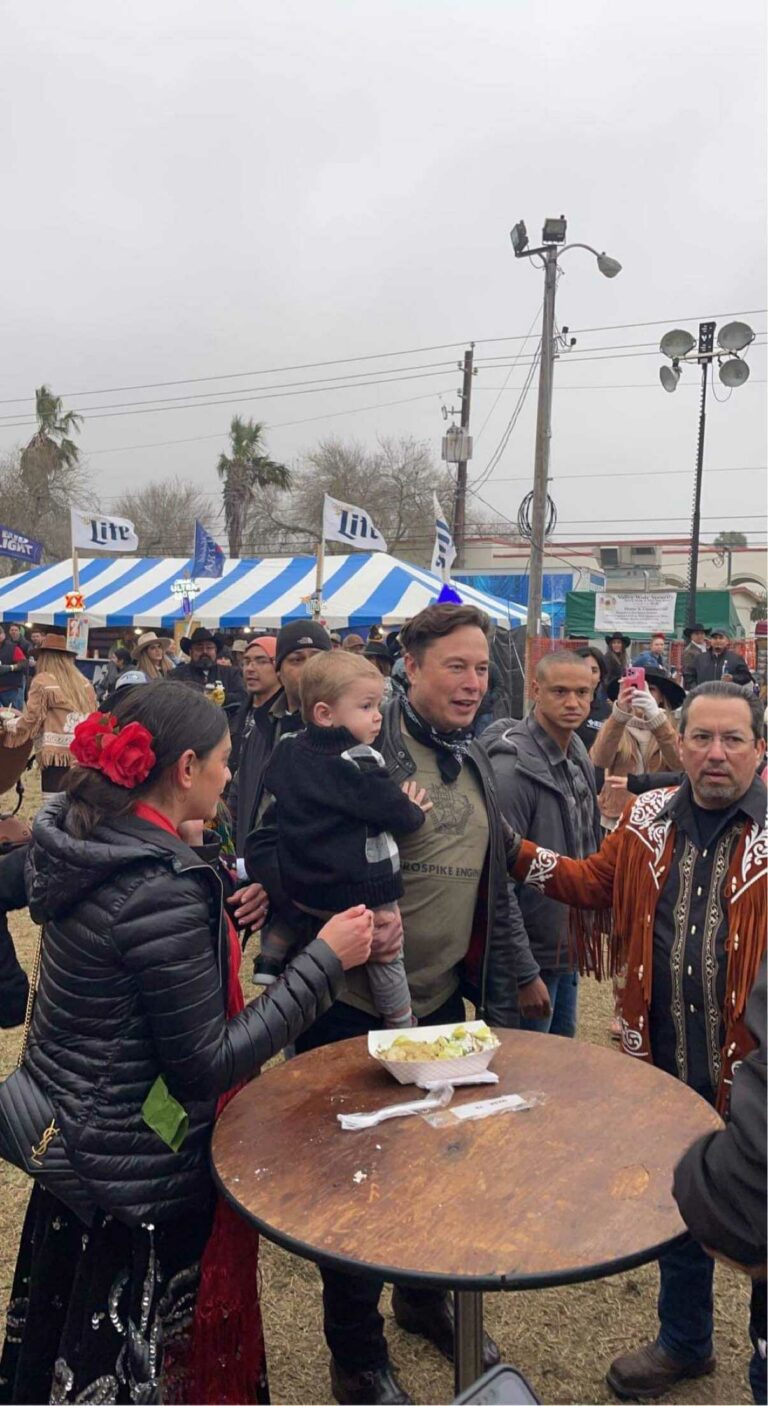 Elon Musk and his son at the Sombrero fest this past weekend, where Elon tried a  spiropapa

Sombrero Fest is an annual celebration at Washington Park with music, games, and food that coincides with Charro Days in Brownsville.

Yet, Musk’s experience might have been unlike anyone else’s as his arrival became the focus of the crowd. Video and photos of residents spotting Musk or posing near him were soon uploaded to social media.

“We tried to keep moving because it became apparent that everyone wanted to take a photo with him and it was going to get out of hand quickly,” Trevino said.  “But I will add this, it was so neat to see the reaction and faces, especially of the kids who were recognizing who he was and saying or asking, ‘Is that Elon Musk?’”

The response was “very positive as were the comments,” the judge said.

“A lot of ‘thank you’s and similar remarks, they were all so excited to see him in person. It was very nice to see.”

With the commotion and excitement, did the judge think the SpaceX founder enjoyed his visit?

“Yes, I’d say he was surprised at the response and wanted to make sure that his son wasn’t overwhelmed, but I think he did enjoy it,” Trevino said.