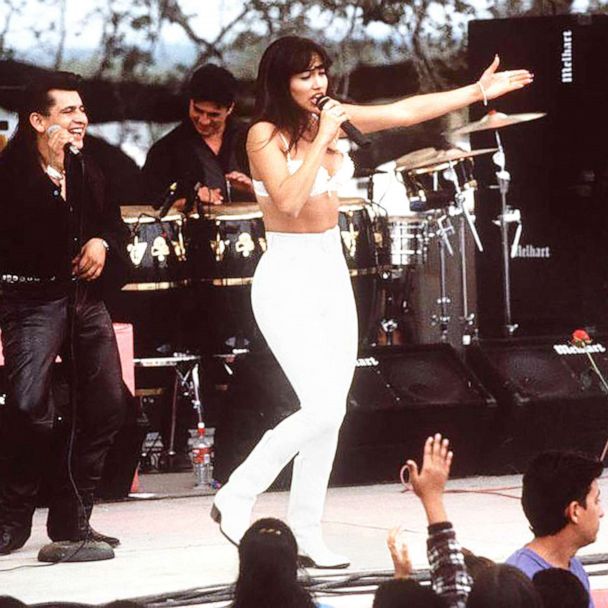 The film starring Jennifer Lopez will be re-released in theaters beginning April 7.

In celebration of the iconic Queen of Cumbia, SELENA returns to movie theaters nationwide for a special 25th-anniversary event starting April 7

In celebration of the iconic Queen of Cumbia, SELENA returns to movie theaters nationwide for a special 25th-anniversary event starting April 7.Advertisements

The film starring Jennifer Lopez and Edward James Olmos was released 25 years ago the 21st in theaters nationwide, almost two years after the tragic murder of the singer at the age of 23 on March 31, 1995

Lopez celebrated by posting a beautiful tribute to the 25th Anniversary of Selena sharing videos and pictures of her experience.

“What a very special day…we’re celebrating 25 years of SELENA! Today we celebrate and honor Selena’s legacy and music,” the 52-year-old actress and singer wrote on her Instagram on Monday. “This movie means so much to me…Selena and her family mean so much to me, and I was so lucky to be chosen to play her. I’ll never forget this time in my life and it’s an honor as an artist to have been part of the magic that is this movie.”

The movie tells the inspiring true story of Selena Quintanilla, a girl from South Texas with global talent, incredible will, and magnetic charm. Young, beautiful, and enormously gifted, Selena was the brightest star of the exploding Latin music scene. But just as she was poised to be the next pop-music sensation, her life was tragically cut short.